The ISO 27002 standard is the rename of the ISO 17799 standard and is a code of practice for information security. It basically covered the hundreds of potential controls and control mechanisms, which may be implemented, in theory, subject to the guidance provided within ISO 27001.


The standard "established guidelines and general principles for initiating, implementing, maintaining, and improving information security management within an organization". The actual controls listed in the standard are intended to address the specific requirements identified via a formal risk assessment. The standard is also intended to provide a guide for the development of "organizational security standards and effective security management practices and to help build confidence in inter-organizational activities".


The basis of the ISO 27002 standard was originally a document published by the UK government, which became a standard 'proper' in 1995 when it was re-published by BSI as BS7799. In 2000 it was again re-published, this time by ISO, as ISO 17799. A new version of this appeared in 2005, along with a new publication, ISO 27001. These two documents are intended to be used together, with one complimenting the other.


ISO's future plans for this standard are focused largely around the development and publication of industry-specific versions (for example health sector, manufacturing, and so on). Note that this is a lengthy process, so the new standards will take some time to appear.

Dr. M. S. Waqar
PhD, MBA, MS, M.Sc
PMP, CISA, CISSP, ITIL v3 Foundation
MCSE, MCDBA, A+
Educational Design & Program Consultant
Honorary President of 3D GROUP
Honorary President of IMRTC ASIA and Pakistan Chapter
Honorary Chief Trainer of 3D EDUCATORS ¢ TRAINERS & CONSULTANTS
Honorary Chief Technology Officer of 3D SOLUTIONS
Accredited and Approved Trainer of PECB Canada
ISO 22301 Business Continuity Management ISO 27001 Information Security Management System ISO 31000 Lead Risk Manager
Over Twenty Years of Professional Experience in the field of IT, Project Management and Technology Management. He has enormous experience in the Programming Languages, databases, Data-Centers and E-Commerce Solutions. Further, he has extensive experience and knowledge of I.T. Audit and System Security Audit and its implementation where have written a complete manual and guidelines for ISACA Chapter USA. Extensive knowledge and practical experience about Project Management, Planning and its implementation with the latest and updated knowledge related to PMI Chapter ¢ USA. Right now he is engaged with various projects with the platform of 3D GROUP. In his tenure, he has implemented more than 1500+ Projects timely and successfully. Further, he has trained almost 50000 candidates in different countries of the world. 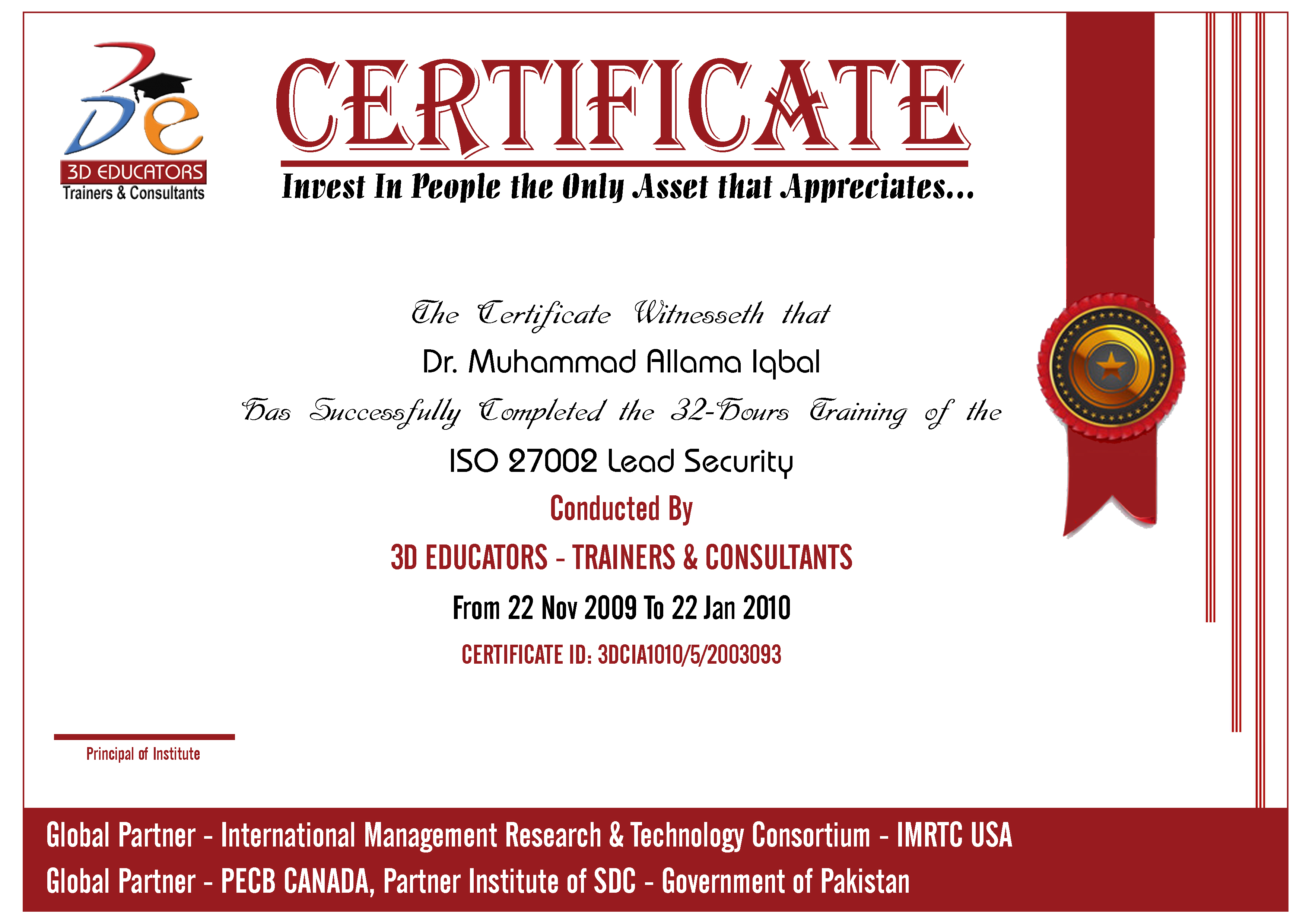 16th Batch Starting
ISO 27002 Lead Security Covers the IT Policies Development in every sector of IT and Provide valuable guidelines, which assist manager to achive their goals on time.
HOW TO TAKE LIVE ONLINE INSTRUCTOR LED CLASSES IN OUR LIVE SESSIONS. TAKE CLASSES FROM YOUR HOME/OFFICE OR ANYWHERE FROM THE WORLD

"The Pr-requisites of the course, the candidate must have graduated or working in the same field for at last one year and following people are eligible for this training program.

The People who are involved in Information or data Systems & technology are eligible for this course. And those who would like to know what actually the information security and where to start the career in Information Security Domain then ISO 27002 is one of the good area to join this field and make your career in this domain.

In early decades of 20th century, to get the Job in open market is not the problem and every person after their graduation may have got the job in very easiest way. But in the 21st Century, it is a big task to first get the Job and after getting the job,it is more difficult to retain and upgrade your jobs. Now there is only one solution to retain and get the jobs in the professional market is to have the international certifications. 3D Educators is one of the training and development company that helps to develop and enhance your career and to provide the opportunity to train & update yourself according to market and its requirement.

We at ö3D EDUCATORSö is adopted the methodology of training with the international criteria. In this training program you can have the complete knowledge and skills regarding the above mentioned program. After the training, you are sound and capable to start the working in the same field. Further your certification will be endorsed you as a candidate and increase your worth in the market.

Information security is becoming increasingly important. Globalization of the economy leads to a growing exchange of information between organizations (their employees, customers and suppliers) and a growing use of networks, such as the internal company network, connection with the networks of other companies and the Internet. Furthermore, activities of many companies now rely on IT, and information has become a valuable asset. Protection of information is crucial for the continuity and proper functioning of the organization: information must be reliable. In the Information Security Foundation module, based on ISO/IEC 27002 (ISFS), the basic concepts of information security and their coherence are tested. The Final Certification is accredited and endorsed by the International Organization for Standardization.

Please note if you are submitting fee ONLINE, and not transferring in our Bank Account which is mentioned in the Admission Form, then follow the instructions of those emails only, which comes from the official email address i-e: info@3deducators.com.

Please do not send any amount to any other person without any email from above mentioned email address i-e:info@3deducators.com. This email gives you the complete details and guidelines that where and to whom submit the amount regarding fee.

Thanks and Regards MANAGEMENT 3D EDUCATORS 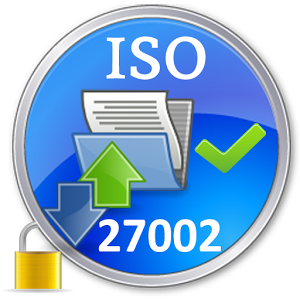